Kevin Dent QC from the BHRC has had a thorough look at the indictment against Osman Kavala and others in the Gezi Park trial. 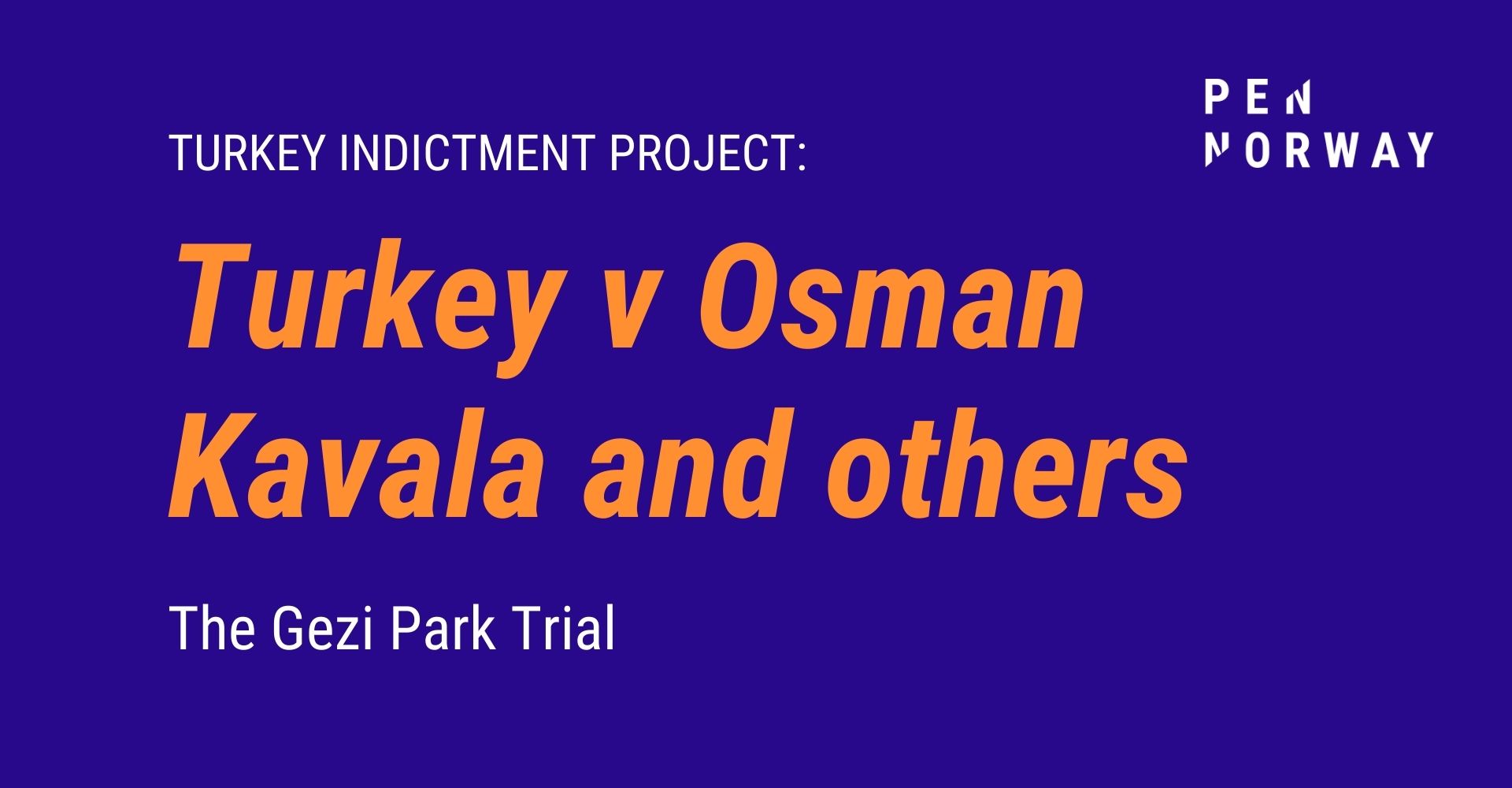 This legal report is drafted by Kevin Dent QC as part of the Turkey Indictment Project, established by PEN Norway, and represents an analysis of the indictment in the case of Turkey v Osman Kavala and others, popularly known as the Gezi Park trial.

This report is a part of PEN Norway’s Turkey Indictment Project. You can see more reports and read about the project here.

The project is funded by the Norwegian Ministry of Foreign Affairs, Swedish Consulate in Istanbul and the Heinrich Böll Foundation.