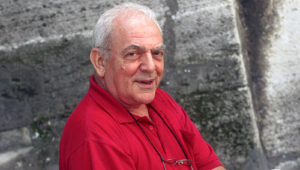 We have invited Turkish activist and freedom of expression defender Sanar Yurdatapan to tell us about the situation for freedom of expression in Turkey after the coup attempt 15th July. Since 1995, Sanar Yurdatapan has been the driving force and spokesperson for the organisation The Initiative for Freedom of Expression. Link to the website: http://www.dusun-think.net/index.php?

The seminar will take place on Tuesday 13th September at 19:00 at the Fritt Ord Foundation in Uranienborgveien 2, Oslo.

Introduction by Sanar Yurdatapan, former head of the Initiative for Freedom of Expression in Turkey.

Followed by a panel discussion led by Jørgen Lorentzen, member of the Turkey Committee in Norwegian PEN.
The participants are:
Nerina Weiss, researcher at FAFO
Siri Neset, researcher affiliated with the Chr. Michelsen Institute
Nils Butenschøn, professor at the Norwegian Center for Human Rights, University of Oslo
Eugene Schoulgin, vice-president of PEN International

The Turkish journalist Ragip Zarakolu will close the seminar with an appeal.

In response to the attempted coup in Turkey on 15th July 2016, the government introduced a state of emergency «to quickly remove all the elements of the terrorist organization that was involved in the attempted coup.» Since then, thousands of academics were dismissed, many journalists have been arrested, and publishers and media houses been closed. Civil servants in the military, the judiciary and the police have experienced gross violations of their rights. They have been accused of complicity in the coup and of sympathizing with the Gülen movement, which the Erdogan government believes was behind the coup.

A decree adopted under the state of emergency gives all ministers an opportunity to shut down any publication, publisher or dissemination channel which is deemed to pose a threat to national security; meanwhile, courts have forbidden the press to report a number of issues related to the coup.

The last week’s events have exacerbated circumstances that already set strict limitations on the fundamental rights and freedom of expression in Turkey.

What is Turkey’s role from now on? And what is Norway’s position?

Some key words for the evening’s debate include: human rights, freedom of expression, the EU, NATO, the relationship Russia and the United States, Kurds, migration and Syria, terror.

The seminar is free and open to all.