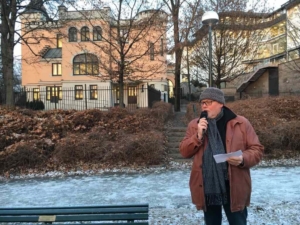 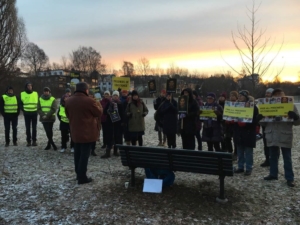 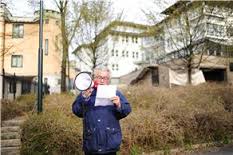 There is a very important matter I would like to discuss with you. I conduct my human rights activities through the Defender of Human Rights Center (DHRC). I am the president of this center and we have three important responsibilities:

a. We report the violations of human rights that take place in Iran.

b. We defend political prisoners pro bono — about 70% of the polit ical prisoners in Iran are clients of our center and we do not charge them for our services.

c. We support the families of these prisoners both financially — if they require financial aid — and spiritually.

This center is a member of the International Federation for Human Rights (FIDH) and has been registered there. It has also been awarded a human rights prize by the Human Rights National Commission in France.

This center is very well known and credible in Iran. Two days ago the government of Iran announced that this center is illegal and provided we continue our activities, they shall arrest us. Of course me and the other members of the center do not intend to shut down the center and we shall continue our activities. However, there is a high possibility that that they will arrest us. The government’s action in this regard is illegal.

Therefore, I kindly request that you broadcast this message by all means and gather spiritual support for our center. This center has been established and working for more than four years now. I believe this decision of the government has been triggered by my memoir being published. In any case, I am happy that my memoir has been published, for the truth must be told.»

I en støtteuttalelse tidligere denne måneden, sier Sarah Leah Whitson, direktør for Midtøsten og Nordafrika avdelingen av Human Rights Watch: «The attempt to silence Shirin Ebadi’s Center is a huge setback for protecting human rights in Iran. If Ebadi is threatened for defending human rights, then no one who works for human rights can feel safe from government prosecution.»

CALL TO THE PUBLIC OPINION

Tunisia has been living for years a deterioration of its political, social and cultural situation.  Freedoms reached, lately, an intolerable level of deprivation.

During these last weeks, the regime seized the headquarters of the Tunisian Association of Magistrates [ATM] and installed at its head a puppet committee; in addition it fixed a jurisdictional decision to avoid the Human Rights’ League [LTDH] to hold its 6th national congress and, during the same period, banned the congress of the Tunisian Journalists Syndicate [SJT].  The situation of the political prisoners that has been lasting for more than a decade is alarmingly worsening: bad treatments and torture are bouncing back.

Political parties which are deprived of the use of public spaces and any resources of political intervention are paralysed and literally besieged.

These serious developments intervene at a time when important sectors of the civil society, lawyers, magistrates, journalists, academics, syndicates, militants of human rights’ defense, collectively expressed their aspiration for more freedom and a more important participation. They also intervene while Tunisia is ready to host next month, the World Summit for Information Society [WSIS].

Deliberately ignoring these aspirations, the regime increased repression these last days. It did not hesitate to prohibit meetings of local sections of the LTDH and to brutalize some of their members. On another hand, during political lawsuits, violating the principle of lawsuits exposure to the public, the regime prohibited the courts’ access to the public and to observers.

This systematic security option puts the social and political elites in front of a serious challenge:  either accept the arbitrary use of force or face the the regime with peaceful means!

To express their refusal of arbitrariness and to demand the respect of political and human rights of the Tunisian people, the signatories of this call, representatives of associations from the civil society and political parties, decided to undertake an unlimited hunger strike as from October 18, 2005.

Recognizing all associations and parties that claim a legal existence

Removing all obstacles, which block the activity of associations and legally recognized parties, in particular the Tunisian Association of the Magistrates, the Tunisian League of Human Rights and the Tunisian Journalists Syndicate.

2.  Freedom for the press and the media by:

Opening the audio-visual media to all schools of thought

Instituting an independent and plural authority, which would deal with the control of this public utility

Giving receipts to all newspapers which ask for the authorization to publish (while waiting for the abrogation of this unjust measure).

3. The immediate release of political prisoners

The release of all political prisoners, Islamists, Net surfers, young people wrongfully accused of terrorism as well as the release of the lawyer Mohammed Abbou and the adoption of a general amnesty law.

The hunger strikers launch a pressing call to all the democratic forces, associations, parties, independent personalities, to mobilize around this strike, bring any form of support to it and make succeed its claims, which are a prelude to Reforms and Democratic Change.