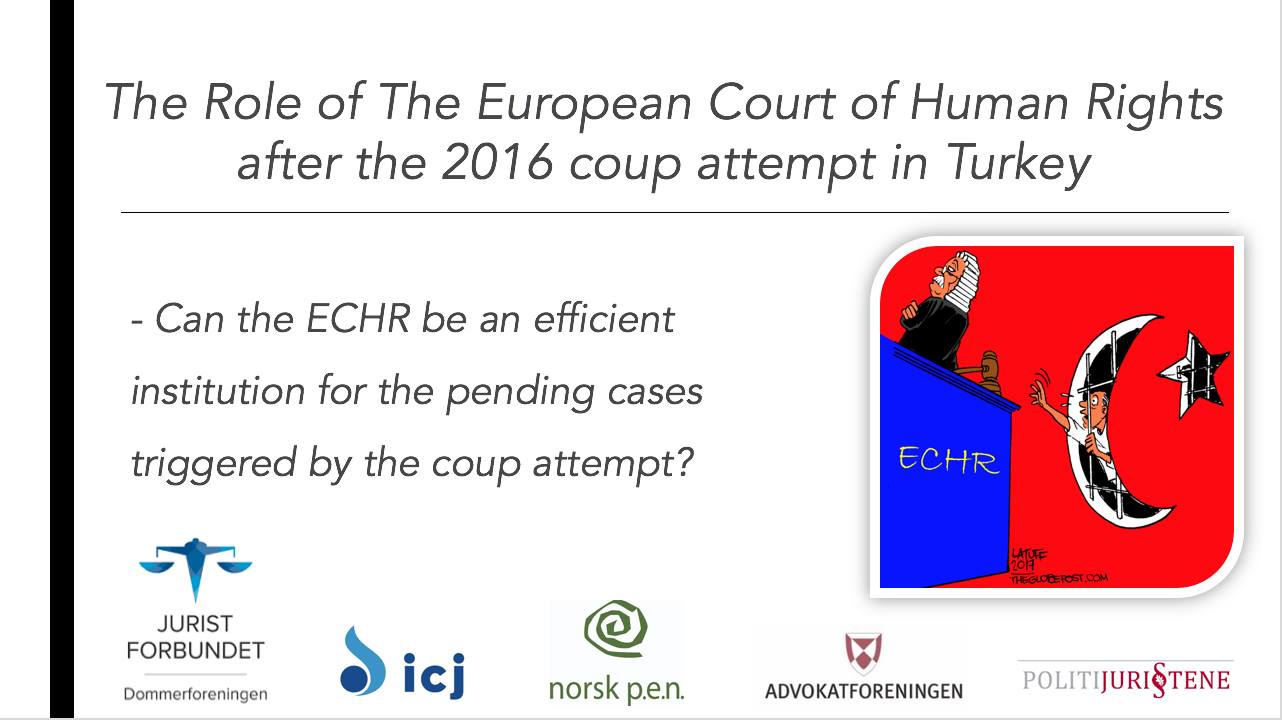 The European Court of Human Rights (ECHR) has rejected over 25,000 cases following the 2016 coup attempt. The rejections are justified by the ECHR requirements that national remedies must be exhausted for cases to be appealed to the court.

The Rule of Law in Turkey today has been severely eroded. Lawyers, judges, prosecutors and journalists have in great numbers been dismissed, silenced and prosecuted. Many of them have been detained and sentenced to jail varying from 6 to 15 years.

Can the ECHR be an efficient institution for the pending cases triggered by the coup attempt?

The seminar is open and free of charge.