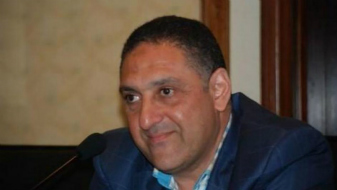 Egyptian journalist and human rights activist Hesham Gaafar has been detained on charges of international bribery and membership of an outlawed organization. Since his detention he has been denied sufficient health care and has supposedly suffered physical assault from a security officer.

Norwegian PEN is strongly concerned about the wellfare of writer and head of The Mada Foundation for Media Development (MADA), Hesham Gaafar.

Gaafar was arrested on 21st October 2015 by armed agents from the Egyptian security services when they raided MADA’s offices. Gaafar has since then been held in arbitrary detention without trial in accordance with international fair trial standards. His family has only been permitted to visit him sporadically and his health has deteriorated seriously due to insufficient medical care whilst in detention. He is now at a high risk of becoming totally blind and also has signs of untreated prostate cancer.

Norwegian PEN is concerned that Gaafar is being detained because of his writing and civil society activism. We call for Egyptian authorities to immediately and unconditionally end the prosecution and drop the criminal charges against Gaafar, and to release him without delay. We equally call for him being given immediate access to adequate medical treatment.

Norwegian PEN urges Egyptian authorities to ensure Gaafar’s right to freedom of expression and opinion in accordance with Egypt’s Constitution and Article 19 of the International Covenant on Civil and Political Rights, to which Egypt is a party.