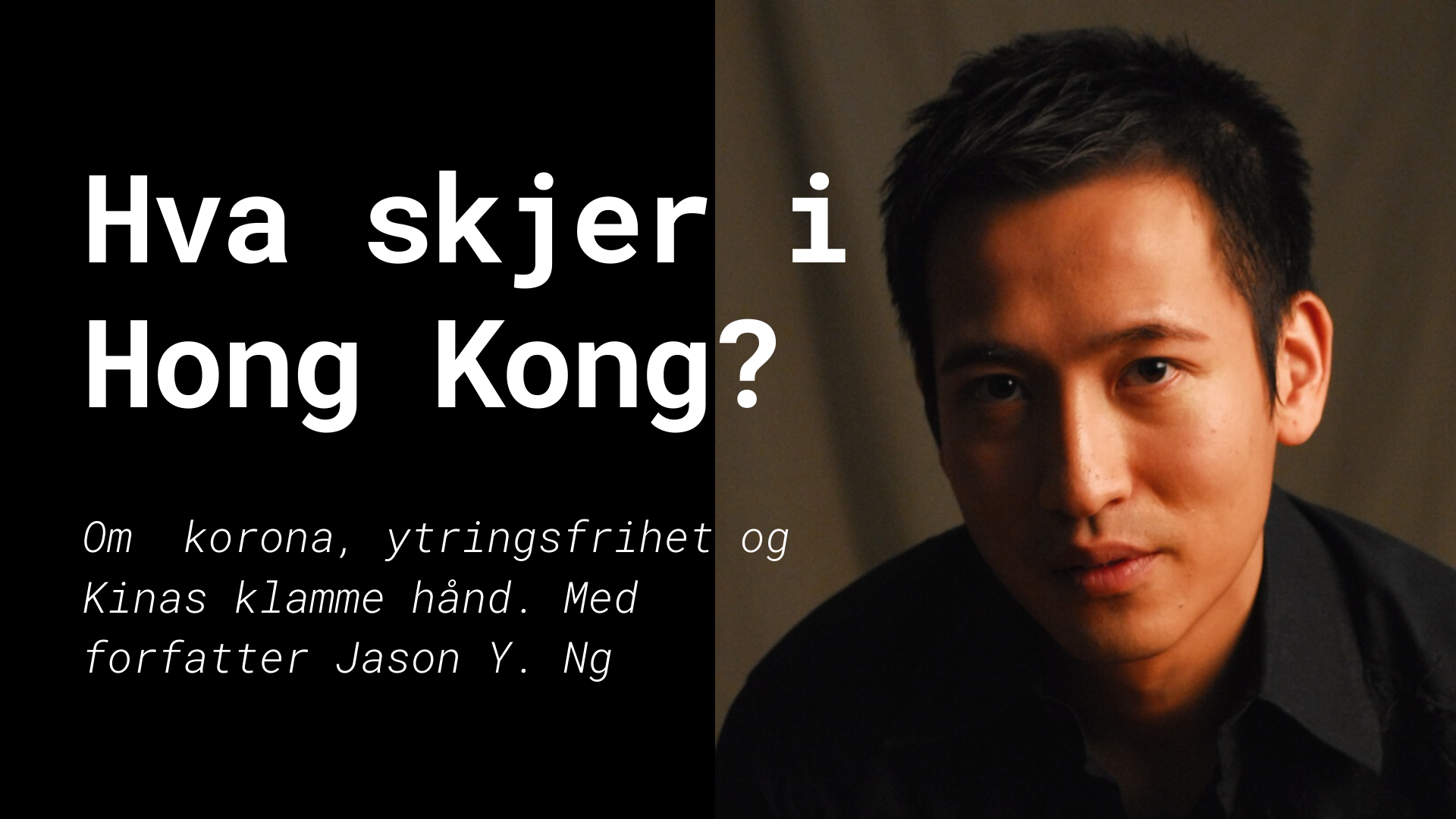 In the beginning of February, Norwegian PEN President Kjersti Løken Stavrum and author and activist Jason Y. Ng met for a conversation on Hong Kong during Bergen International Literary Festival. They discussed massive rallies, the demands of the protesters and resistance against a China that is only becoming more aggressive against Hong Kong’s separate governing system.

Today, February feels like a long time ago. We have heard little about the events here since then. So what is actually happening in Hong Kong now? What happened after the demonstrations? And how has the COVID-19 situation affected freedom of speech? We will know more after this webtalk.

PEN International and the International Publishers Association are deeply concerned at a new wave of arrests of writers, journalists, publishers and civil society activists in China in recent weeks, apparently for their public support of the pro-democracy protests in Hong Kong.

The Norwegian Writers in Prison Committee is expressing serious concern for the arrest and well-being of Xu Xiao, Xue Ye and Liu Jianshu He Zhengjun, Kuo Yanding and Zhang Miao, calling for their immediate and unconditional release if, as is feared, they are being persecuted for their legitimate professional activities and peaceful exercise of their right to free expression.

We protest against the renewed crackdown on government critics in recent months, and reminding the Chinese authorities that Article 35 of the Constitution of the People’s Republic of China provides for freedom of speech, and that as a signatory to the International Covenant on Civil and Political Rights, which provides for freedom of legitimate expression, the right not to be arbitrarily detained, the right to a fair trial, and that the government refrain from acts that would defeat or undermine the treaty’s objective and purpose.

What is happening in Turkey? With Ingeborg Senneset and Burhan Sönmez

Why is someone imprisoned for a tweet while thousands of criminals are released from prison? We ask writer, human rights activist and board member of PEN International Burhan Sönmez: What is happening in Turkey? In this 25-minute interview, journalist and board member of Norwegian PEN, Ingeborg Senneset, talks to Sönmez about prisons, oppression - and hope. The conversation is in English.