Ahead of the expected verdict on 27 June, PEN centres are coming together to share a poem  has written in prison

Poet Galal El-Behairy was arrested in Egypt on 3 March 2018. He was held incommunicado for a week before appearing before the High State Security on 10 March, showing signs of severe torture. The High State Security Prosecution subsequently ordered for him to undergo a forensic medical examination: the findings of the examination have not been made public, nor shared with his lawyer.

More than three months later, El-Behairy remains in detention, facing charges in both the Military Court and the High State Security Court. The charges are believed to relate to his latest book of poetry ‘The Finest Women on Earth’, published earlier this year. El-Behairy is also under investigation in relation to lyrics he wrote for artist Ramy Essam’s song ‘Balaha’, which criticises Egyptian government policies. Following the release of the song and music video on 26 February and prior to El-Behairy’s arrest, both he and Essam became victims of a smear campaign led by pro-government media.

On 6 May, El-Behairy attended a trial in the Military Court where he was informed that the verdict in relation to his book of poetry would be handed down three days later, on 9 May. The verdict was later postponed until 16 May, and is now expected on 27 June, El-Behairy’s birthday.

PEN believes that El-Behairy is being held in violation of his right to freedom of expression and urges the Egyptian authorities to release him and the many other writers and activists unlawfully detained in Egypt immediately and unconditionally.

To draw further international attention to his case ahead of the expected verdict, PEN centres – Danish PEN, English PEN, Finnish PEN, French PEN, German PEN, Norwegian PEN, PEN America, Swedish PEN – and our colleagues at ArabLit, Artists at Risk and FreeMuse are coming together to publish a new poem that El-Behairy has written while in detention, and to continue calls for his release.

From the Tora Prison in Cairo

A Letter from Tora Prison

in the heart, unspoken,

in the throat, the last wish

of a man on the gallows

when the hour of hanging comes,

for oblivion; you, prison

and death, free of charge;

you, the truest meaning of man,

I kiss your hand

and, preparing for the trial,

put on a suit and pray

for your Eid to come.

who escaped from the Mamluks,

whose father’s name is Zahran,

and I swim in your name, addiction.

I’m the companion of outlawed poets.

O my oblivion, I’m the clay

that precedes the law of concrete.

In the heart of this night

I take my country in my arms

and talk to her

about all the prisoners’ lives… out there

beyond the prison’s borders,

beyond the jailer’s grasp,

and about man’s need… for his fellow man,

that could be borne

if everyone took part in it.

I laugh at a song

to erect a hundred barricades.

and the thoughts in the head.

They want to hide the past

behind locks and bolts,

preventing him from whispering

about how things once were.

They want to hide him

estranged from the people.

But what wonder is this?

His fate is written

in all the prison cells.

His cell has neither bricks

and he was not defeated

Outside… a squadron of slaves.

Inside… a crucified messiah.

The thorns above his brow

are witnesses: You betrayed his revolution

with your own hands.

With shame in your eyes, you

are the Judases of the past,

whatever your religion, whatever

miniscule vision you have.

and we see you.

the light, that naked groaning.

how tall the fence is;

it’s not hemmed in

It cannot be forgotten.

You can take a public square away from us,

and I’ll be there, waiting for you.

Our land will not betray us.

With each olive branch

And the young man you killed

has come back, awake now

He’s got a bone to pick

He’s got a bone to pick

with the one who betrayed him,

the one who, on that night of hope,

His wound has healed; he’s come back,

he’s setting up the trial

while an imam prays among us

and illumines the one who was blind;

he’s rolling up his sleeves, preparing

he was killed—yes, it’s true—and yet

he has his role in this epic;

he stands there now

and holds his ground.

to call on God

and proclaim it: “We’ve come back,

Again we proclaim it: “We’ve come back,

to spread the light,

We’ve come back, and we can smell

the fear in in your veins;

and our cheers tonight

are the sweetest of all:

“We are not afraid.

We are not afraid.”

We saw a country

to trample a pharaoh

and cleanse the age

of the cane and cudgel.

We saw a country sing:

those were no slave songs,

no harbingers of doom, rather

for a new kind of steel.

We saw a country

where no one is oppressed.

[i] Due to the potential for political repercussions against himself and his family, the translator of this poem has chosen to remain anonymous.

The poem is also available in Arabic: https://pen-international.org/app/uploads/Arabic-Galal-El-Behairy-June-2018-web-piece-June-18.pdf

Spread the word
Join us in sharing Galal’s piece, details of his case and calls to action on social media. If possible, please join the Twitterstorm from 15 pm on Saturday 9 June. #FreeGalal

Sign the petition
Add your support to the petition for Galal’s release https://www.change.org/p/egyptian-regime-torture-beatings-and-prison-for-galal-el-behairy-for-ramy-essam-s-balaha-freegalal 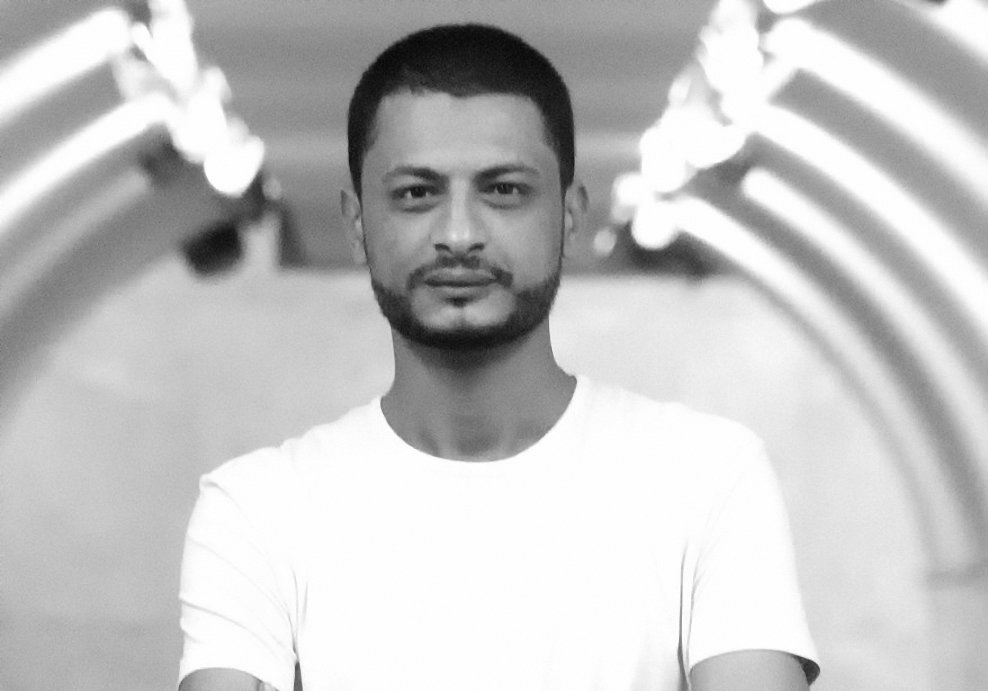