Egypt PEN reiterates its support for the Egyptian Youths’ Revolution and their calls for free expression along with political and economic reform. The first stage of this revolution is over. Before we move on, this is the time to send our condolences to all those families whose children were sacrificed while struggling for the liberation of our country from a corrupted regime that had usurped power for 30 years. We, of Egypt PEN, associate ourselves with their demands.

The Youths’ Revolution unified the people of Egypt in Tahrir Square and throughout Egypt around the common goals of reconstructing our society and addressing the unacceptable levels of inequality and poverty in the country. This can only be accomplished through the restoration of full freedom of expression, which means freedom of the mass media – whether print, radio, television, or Internet. We call for the end of all forms of censorship of creativity, the end of book seizures, and an end to the censorship of dramatic works. We call for the abolishment of all penal laws that imprison people on grounds of their political or religious views. All of this can only be accomplished with the ending of the Emergency Laws.

The Youths’ Revolution has demonstrated that both free expression and ideas based on facts are powerful weapons when people are faced with oppression. What has been lost over three decades cannot be restored over night. However, we call upon the Council of the Armed Forces to uphold the promise of the Youths’ Revolution by adhering to the principles of free expression and transparent democracy.

På sin sesjon i Geneve vedtok FNs menneskerettsråd (UNHRC) to resolusjoner om religionskritikk. (7/19: «Combating defamation of religions»,  og 7/36: «Mandate of the Special Rapporteur on the promotion and protection of the right to freedom of opinion and expression»).

The Norwegian Helsinki Committee, Human Rights House Foundation, and Norwegian PEN are very concerned about the situation in Nizhny Novgorod prior to the planned “March of Dissent” on Saturday 24 March, 2007. The planned March to the City Hall has not been permitted by the authorities. The organizers, a group consisting of oppositional parties and NGOs appealed to court, but on 22 March the court upheld the ban.

According to the International Helsinki Federation, a special section of the Nizhny Novgorod Regional Ministry of Interior’s Department for Combating Organised Crime (UBOP), seized 60.000 copies of the second issue of a special edition of a newspaper registered by the United Civic Front and focused on the March of the Dissent, under pretext of checking the contents for signs of extremism. The confiscated issue included articles about the situation in Nizhny Novgorod with regard to the on-going destruction of the historical center of the city including the construction of a high-way, the unpopular housing and utilities reform and the lack of fail election guarantees. In conclusion, the newspaper appeals to “the free people” to join the March of Dissent at the central square of Nizhny Novgorod. The director of the printing house who printed the newspaper, a journalist and a member of the steering committee of the a member of the steering committee of the United Civic Front, were taken to the prosecutor’s office where they were questioned. The local editor and one journalist of the newspaper “Kommersant” were asked to the prosecutor´s office to provide “explanations” regarding an article about the planned March of Dissent.

On 21 March four policemen came to the office of the Nizhny Novgorod Foundation to Support Tolerance, a recently founded local human rights NGO, demanding to search their office. Later the same day, Stanislav Dmitrievsky, former executive director of the Russian-Chechen Friendship Society, was ordered by two UBOP officers to come to the prosecutor’s office to be questioned about his involvement with the newspaper and the planned march. On 22 March at around 7 pm, Yury Staroverov, member of the steering committee of the United Civic Front, was detained in the office of the Nizhny Novgorod Foundation to Support Tolerance. Today, on 23 March Ilya Shamazov, member of the national Bolshevik party Ilya Shamazov and Vyacheslav Lukin from the Yabloko Party have been detained and taken to the Nizhny Novgorod district police office.

We hereby protest these detentions, the confiscation of material, and the interrogation of the journalists in relation to the upcoming event. We fear that the police may also arrest staff members of Nizhny Novgorod Foundation to Support Tolerance. We ask the authorities to respect the freedom of organization, assembly, and expression, guaranteed in the russian Constitution, by allowing the peaceful march, scheduled for Saturday, to go ahead as planned without police and Special Internal Troops interference. 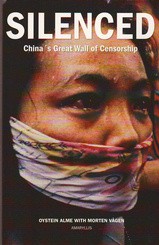