PEN Norway and PEN International condemn the brutal murder of poet, historian, and member of Afghanistan PEN, Abdullah Atefi (عبدالله عاطفي). We call on the international community, the Afghan government and the United Nations Security Council to hold the Taliban to account for its persecution of poets, writers and other unarmed civilians who engage in peaceful expression.

On the night of 4. August 2021, Abdullah Atefi was taken from his home in the Uruzgan province’s Chora District and killed, according to a televised statement by the province’s governor. While the Taliban have reportedly denied responsibility for the murder, Afghanistan’s Vice President, Amrullah Saleh, alleges that the Taliban took Atefi out of his home and shot him on the street.

‘PEN is in mourning and in horror over the assassination of the poet Abdullah Atefi and we call on the global community and world leaders to stand together to help the people of Afghanistan uphold democracy. We cannot stand by and allow the country to fall back into the hands of the Taliban and their cruel and draconian ways’, said Jennifer Clement, President of PEN International. 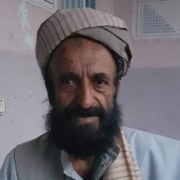 Abdullah Atefi, a member of Afghanistan PEN since 2008, lived as a poet and historian who had published a book charting the history of Pashto literature and culture and whose writing was regularly featured in regional publications. Despite having graduated with master’s degrees in both economics and engineering, Atefi established himself as a committed writer of Pashto history, and he reportedly had completed several works that remain unpublished due to financial difficulties. Atefi made a living cultivating his land and teaching literature at a local secondary school.

Atefi’s murder takes place at a time of growing alarm over the Taliban’s rapid resurgence in territories across Afghanistan. In areas under Taliban control, freedom of expression has been severely undermined, with the Taliban banning independent media, silencing female voices, and ruthlessly targeting anyone engaged in expression deemed problematic by the militant group. Amidst the dramatic escalation in violence, over 50 media organisations have closed in Taliban controlled areas in the last three months alone according to the Afghan government’s Ministry of Information and Culture.

The Uruzgan province where Atefi was murdered has seen some of the fiercest fighting between Afghanistan government forces and Taliban insurgents in recent weeks. Following the Taliban’s capture of the Uruzgan province’s southern Dehrawud district in July, independent radio stations were looted and destroyed, with those remaining forced to broadcast Taliban propaganda while being banned from broadcasting music and women’s voices.

As PEN International has reported previously, the escalation in the targeted killings of intellectuals, students and civil society activists by the Taliban and other militant groups over the last year has had a devastating impact on Afghanistan’s vulnerable civic space. In areas under Taliban control, the militant group has routinely engaged in violent reprisals against anyone associated with the Afghan government or international media organisations. This has resulted in a mass exodus of journalists, writers, and other public intellectuals from the country, fearing persecution by the Taliban for their peaceful expression.

The resulting brain drain imperils Afghanistan’s future, robbing the country of those most able to address the country’s pressing challenges and forcing those remaining into silence. By denying Afghans the space to openly express, exchange, and debate ideas, the Taliban’s actions risk plunging the entire country into protracted conflict and suffering.

The attack on freedom of expression in Belarus continues