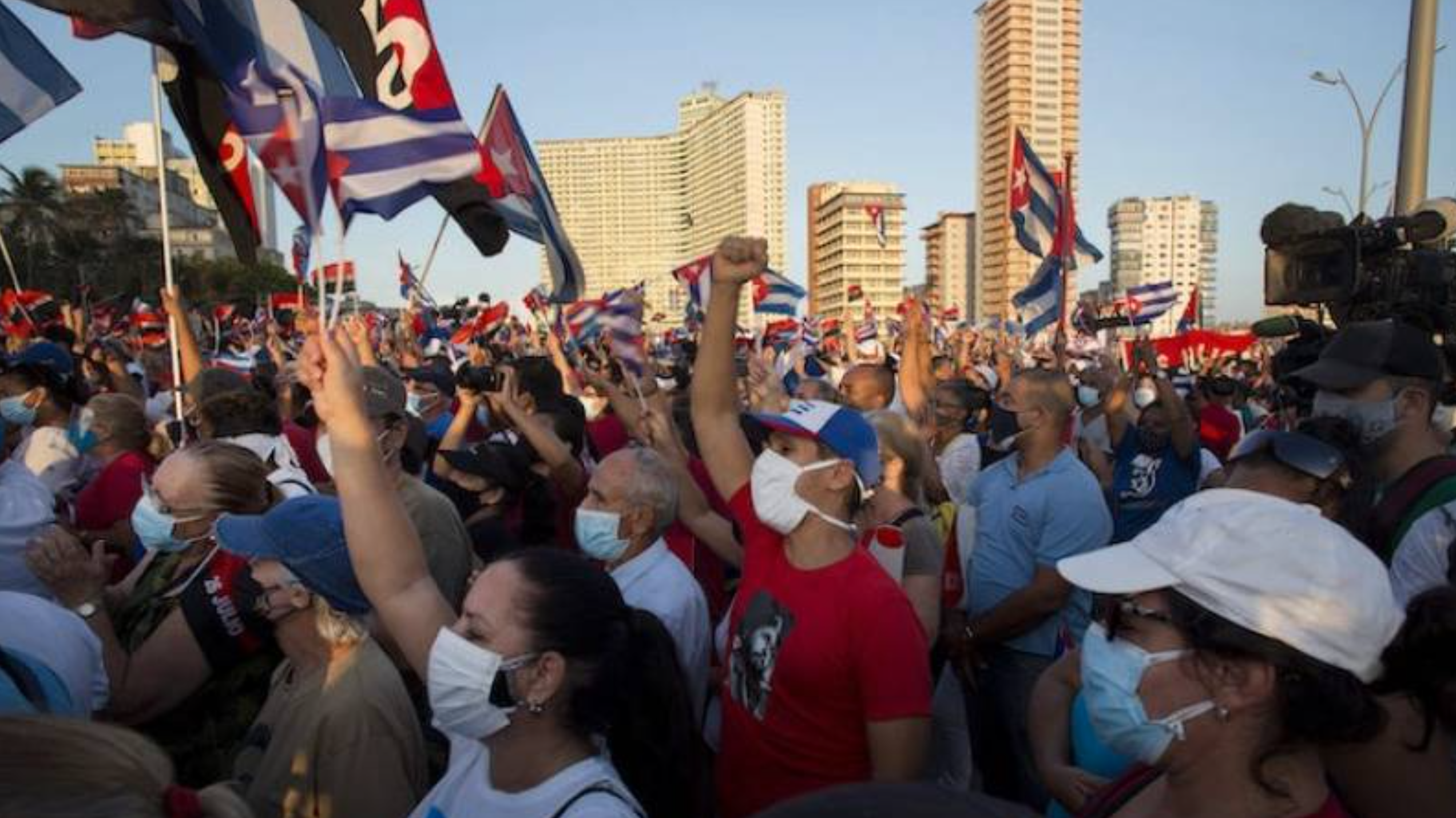 In the two months since historic mass demonstrations swept through Cuba on July 11, drawing national and international attention to the island’s deteriorating sociopolitical conditions, there have been at least 39 documented arrests of artists related to the protests, four of whom were subjected to trial without a jury. At least 55 artists and writers are currently either under house arrest, imprisoned, or under investigation.

Cuba remains in a devastating social, cultural, health, economic, and political crisis. This crisis includes food shortages, power outages, and insufficient medical services to address the pandemic – all while officials continue to treat peaceful criticism of government policies as criminal behavior. In response to the crisis, thousands of Cubans took to the streets around the country demanding reforms.

Cuban authorities have responded with widespread repression of the protests, including police violence, digital censorship, and the passage of Decree-Law 35, which penalizes the publication of information critical of the government. At least one thousand arrests have been recorded, and countless others were temporarily disappeared or forced to go into hiding.

The undersigned organisations, representing authors, artists, human rights defenders, journalists, and intellectuals, urgently call on the government of Cuba to stop the systematic harassment of writers and artists; to immediately release all those who have been arbitrarily detained, arrested, or disappeared; and to respect freedom of expression and artistic freedom, rather than silencing creatives critical of government policies.

OPPRESSION IS NOT REVOLUTION

We urge that the Cuban government immediately release the following artists:

We also demand an end to police and judicial harassment, house arrests, and arbitrary detentions against the following artists, musicians, and writers, who remain under threat:

Indictment against Bülent Şık for environmental activism
Scroll to top