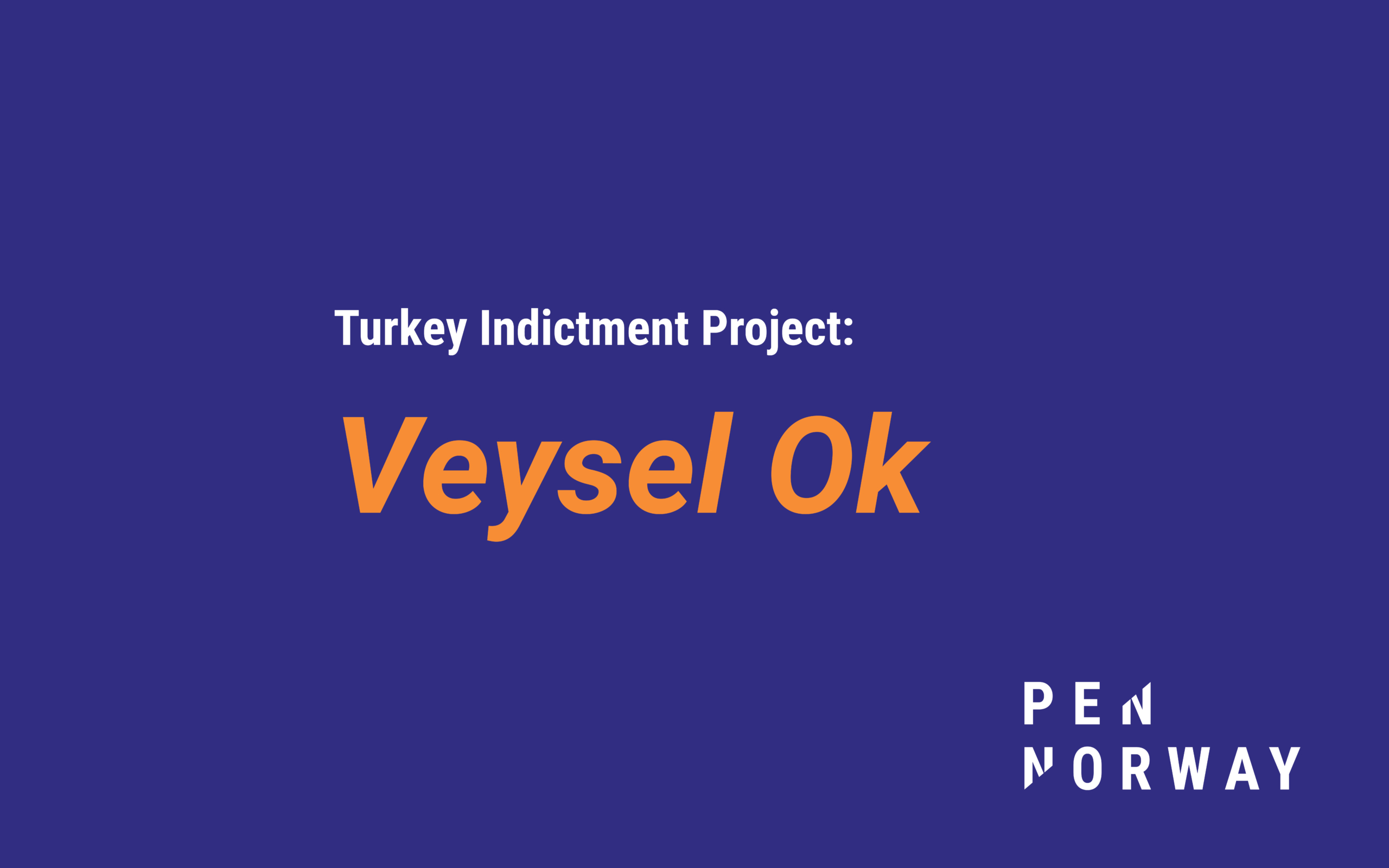 «We can see a pattern of oppression of dissent in Turkey»

Veysel Ok is a well-known lawyer from Turkey who focuses on freedom of speech and press freedom. On 11 August 2016, Veysel Ok was indicted and accused of insulting the judiciary of Turkey, as criminalized under Article 301 of the TPC. The indictment is based on a statement that Veysel Ok gave in an interview conducted by the journalist Cihan Acar who worked for the Özgür Düşünce Newspaper. ”Considering the broader context in which the indictment against Veysel Ok was issued, we can see a pattern of oppression of dissent in Turkey that provokes a chilling effect on the right to freedom of expression and causes the deterioration of the rule of law,” Jaantje Kramer and Stella Pizzato, who reviewed his indictment.

Veysel Ok is a well-known lawyer from Turkey who focuses on freedom of speech and press freedom. He started his career as a lawyer for Taraf newspaper. In 2017, he co-founded the Media and Law Studies Association (MLSA), a non-profit organisation based in Turkey which provides pro-bono legal support to journalists. The main goals of MLSA are to offer legal protection to journalists who are punished for expressing their thoughts, to promote the right to information and to promote rights of minority groups.[1] MLSA aims to represent journalists from different backgrounds, from the investigation phase to the trial before the European Court of Human Rights (ECtHR).[2]

As a lawyer, Veysel Ok has been working on various cases that are or were politically sensitive in Turkey’s current political climate. Among others, he represented Deniz Yücel, Ahmet Altan, Mehmet Altan, Şahin Alpay, Nedim Türfent and Erol Önderoğlu.

Veysel Ok was awarded the Thomas Dehler medal for his work in advocating for the right to freedom of speech and the rule of law in Turkey in 2019. The same year, he also received the Bulut Öncü Courage Award. Additionally, in 2020, he was given the Index for Censorship Freedom Speech Award.

On 11 August 2016, Veysel Ok was indicted and accused of insulting the judiciary of Turkey, as criminalized under Article 301 of the TPC. The indictment is based on a statement that Veysel Ok gave in an interview conducted by the journalist Cihan Acar who worked for the Özgür Düşünce Newspaper. Cihan Acar was indicted as well.

In the interview, that was published on 25 December 2015, Veysel Ok expressed his views about the judiciary  in Turkey. He criticized the situation and underlined the importance of free speech and the independence of the judiciary. He mainly focused on the role of the Criminal Judgeships of Peace and criticized their way of functioning. Among other things, he stated:

“Previously, judges could hold varying opinions. There was a possibility of being tried by judges who valued freedoms. But now all members of the judiciary come in a single colour. We see judges serving at the Criminal Judgeships of Peace. They are deaf to defence statements or objections. Where the loyalties of these judges lie is clear. Nothing changes the result, because the decisions are pre-ordered. Either those in power give orders to the judicial authorities before the investigation, or attack the defendant via the government press”.[3]

Following this interview, President Recep Tayyip Erdoğ’s legal representatives filed a complaint against Veysel Ok on 29 December 2015. To initiate an investigation into violation of Article 301 TPC the special permission of the Ministry of Justice is required. This permission was given on 29 July 2016.[4]

“I still think the same way on the Criminal Courts of Peace. I do not think these judgeships are lawful. This is not an idea I hold alone, many lawyers, jurists think the same way. The Venice Commission’s report on this issue is in the case file. I made this criticism as a lawyer and am a part of the justice system myself.  The criticism cannot be treated as  an insult”. [6]

Acquit Osman Kavala and his 51 co-defendants