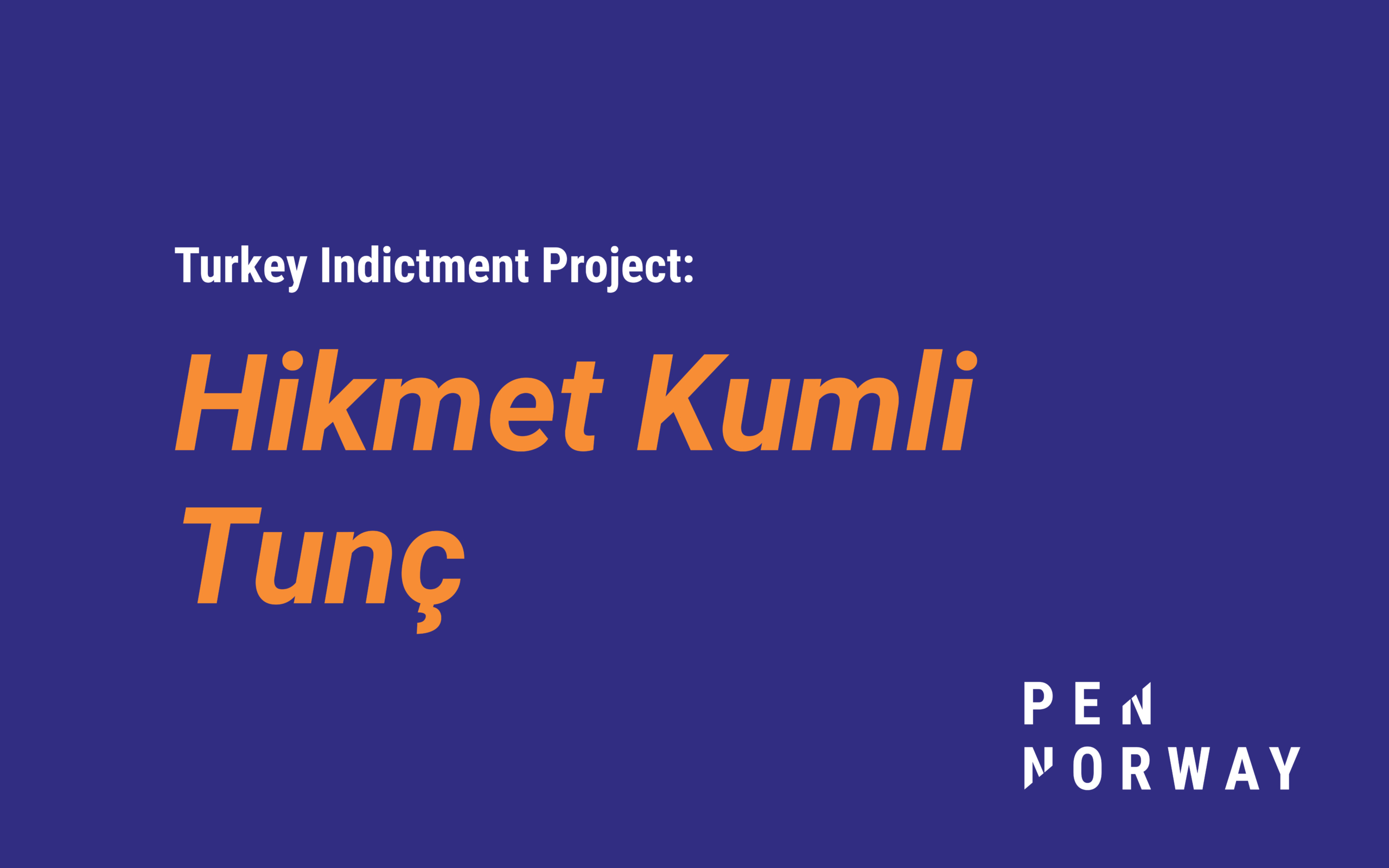 Lack of evidence in the indictment against journalist Hikmet Kumli Tunç

«Biased motivation in the indictment to restrict the freedom of expression»

Jin News reporter Hikmet Tunç was sentenced to eight months and 22 days in prison for insulting Harun Yücel, the trustee appointed to Muradiye Municipality. “The failure to write a successful indictment even for such an uncomplicated case with straightforward evidence in hand, and the existence of a biased motivation in the indictment to restrict the freedom of expression rather than to present the facts, charges and the evidence are matters of serious concern,” said Şerife Ceren Uysal, who reviewed the indictment.

One of the suspects in the indictment, Hikmet Tunç Kumli, is the provincial affairs correspondent of Van province for Jin News Agency. On 13.05.2019 Tunç wrote a story titled “Muradiye Waterfall was abandoned to its fate by the contractor company which was paid 4,5 million” and this story was published on the website of Jin News News Agency.ii The next day, the same story was republished by the Yeni Yaşam newspaper.

This story in question featured some sections of a certain report prepared by the People’s Democratic Party on the restoration process of Muradiye Waterfall and the opinions of Leyla Balkan, then the Co-Mayor of the municipality. Following the publication of the story, Harun Yücel issued a complaint against both the journalist who wrote the story and the Co-Mayor of the municipality, Leyla Balkan, whose opinions were featured in the story. The indictment indicated that Yücel was then the District Governor of Muradiye and had also been acting as the appointed trustee who superseded the elected co-mayors during the period when the construction operations at Muradiye Waterfall mentioned in the report had been taking place.

The indictment does not provide any information as to the exact date of the letter of complaint. The prosecutor provides only a summary of the contents of it. Accordingly, Leyla Balkan was claimed to allege that Harun Yücel was involved in corruption and Harun Yücel stated in turn that he was insulted by this account.

In accordance with the Articles 125/1, 125/3-a and 125/4 of the Turkish Penal Code, the indictment in question has been issued against Leyla Balkan and journalist Hikmet Tunç Kumli on 02.04.2020, with the allegation that they have committed the crime of publicly insulting a public officer. Muradiye Criminal Court of First Instance approved the indictment, and the proceedings began. On 20.10.2020, however, the court issued a preliminary proceedings report and notified the parties that the case would be handled using the method of simplified proceedings.

The preliminary proceedings report provided a different date of crime than the indictment itself. Although this issue is not directly related to the theme of this report, the fact that the court gave an incorrect date of crime by about 2 months must be noted here as a small sample of numerous judicial mistakes caused by the “copy-paste” working style that seem to have been dominating the judicial system in Turkey. The previous assessments carried out within the scope of this project revealed some further examples where the names of the suspects were incorrect.  Even at this stage of the project, it can be comfortably said that the “factual mistakes” of similar nature are not singular examples regardless of whether they have a concrete impact on the bases of the criminal investigation/prosecution processes. It is well known that the criminal proceedings are directly related to public order, and in many cases they affect the lives -and to a certain extent, the freedoms- of individuals involved. Therefore, these recurrent factual mistakes cannot be dismissed as insignificant, considering at stake are the rights of the suspects and the legal interests that must be protected. This and similar cases of negligence could be taken as an indication of the arbitrary conduct a field can engage in especially when it is granted an exemption from all kinds of legal control mechanisms.

The mechanism of simplified proceedings starkly contradicts the principles of criminal proceeding and infringes especially the principle of habeas corpus and in that sense the right of defence to a great extent. The following statements in the relevant preliminary proceedings report reveal the extent of the violations this method could generate:

[It is decided that] this preliminary proceedings report, in accordance with the CCP Article 251/2, be served to the addresses of the suspects together with the indictment by way of a warning; [that] the suspects be asked to submit their defence, if any, in WRITTEN form within 15 days starting from the issue date of the notification and [that] it be noted in the notification that a judgement could still be handed down without a hearing even if a written defence is not submitted in due time.

The method of simplified proceedings is debatable, but the criterion and the focus of all debates should be the relationship between the method in question and the right to a fair trial. Since this report aims to assess the indictment itself, we do not intend to provide a comprehensive criticism of the simplified proceedings method. It is essential, however, to briefly mention the violations that already occurred or that are highly likely to occur following the adoption of the simplified proceedings method, as this report deals with the very first example of such a method employed within the framework of a series of proceedings that has been targeting the journalists.iii

The existence of a significant incongruity becomes even more obvious when the method of simplified proceedings is contrasted with the ECHR Article 6.  It can be concluded that a structural contradiction exists between the ECHR Article 6 and a method where the judge alone can decide whether to hold a hearing, and where the suspect has only a single written statement to discuss the evidence and allegations levelled against her.

As a result, following the day Tunç received the court’s notification that the method of simplified proceedings were to be instituted, she did not appear before a judge, listen the complainant who issued the complaint nor did she experience a process where she can debate in-person the evidence and her defence with the court. Following this process, on 12 August 2021 and without even her defence being heard, Tunç was sentenced to prison sentence of 8 months and 22 days the pronouncement of which was suspended.

Rights defenders and football fans before the judge

The Ossietzky Prize 2021 is awarded to Afghans who have promoted freedom of...
Scroll to top