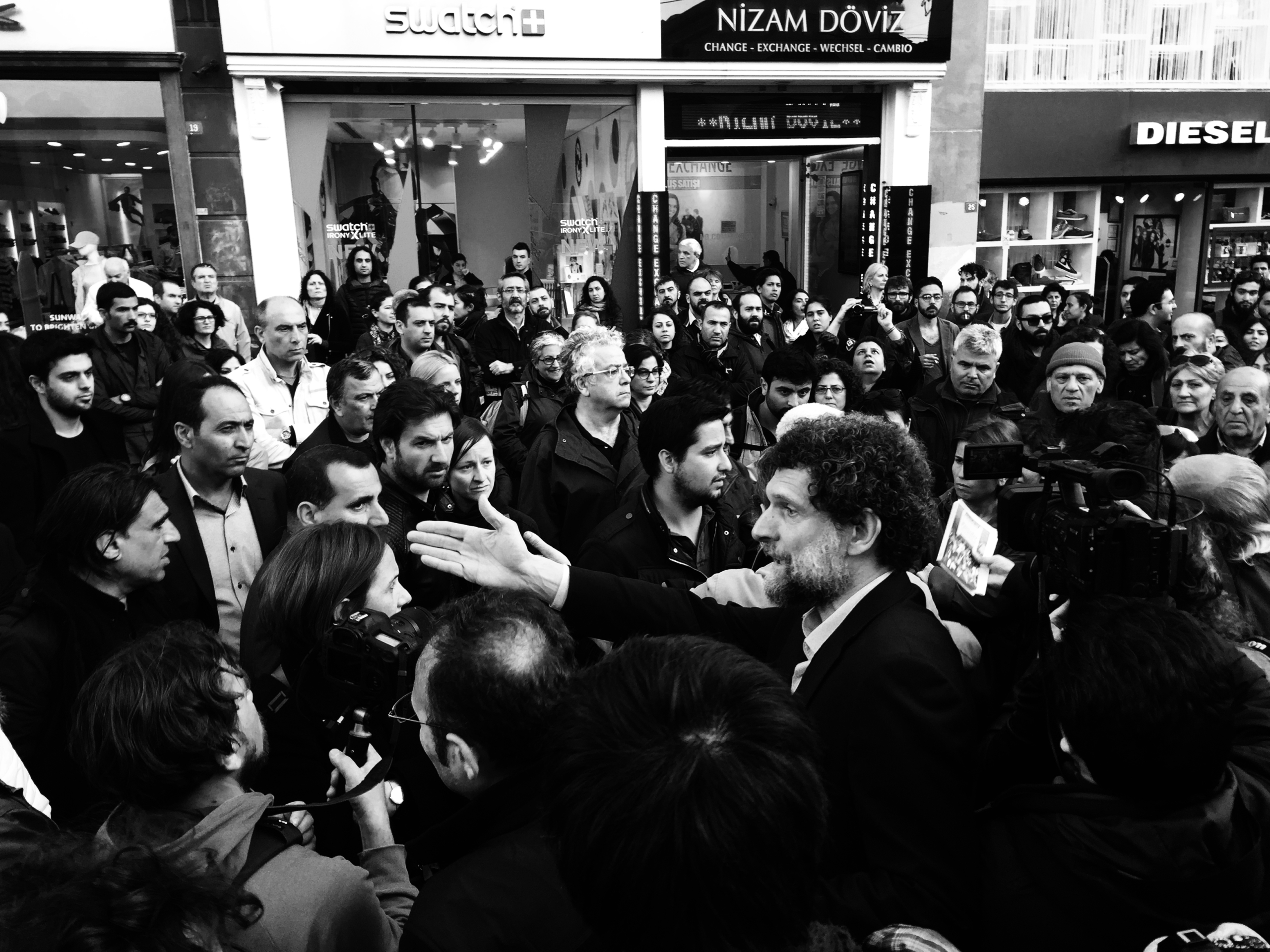 Gezi Park Case: Judgement to be Delivered on April 22

PEN Norway was present at the sixth hearing of the Gezi Park case 21 March 2022. Reported by: Çiçek Tahaoğlu

Extending Kavala’s detention, the Court gave extra time to the defendants to submit their defence in response to the prosecutor’s opinion. The Court stated that this would be the last time the defendants were granted extra time.

The next hearing will be held on April 22, during which a judgement is expected to be delivered.

“The indictment is imbued with a certain political ideology”

Kavala was connected to the hearing from the prison using the SEGBİS system.

In the beginning, lawyers listed the shortcomings and unlawful aspects of the file. Lawyers stated that while all charges must have been legally justified, the case in question included no legal evidence. They highlighted that the evidence was not evaluated, the witnesses were not heard, the accusations against the defendants were modified over time, in short, no real trial was held in the court.

Attorney Tolga Aytöre said, “The indictment is imbued with an enthusiastic political ideology, and there is nothing legal in it.”

Attorneys Tora Pekin and Evren İşler stated that everyone whose names were mentioned in the indictment should be heard in court as witnesses. Att. Pekin requested extra time for the submission of the defence on the merits, and said, “Two ECtHR applications have been made regarding this file. Stating that the scope of the file was too large, the Turkish government requested ECtHR to grant 6 months to submit its defence. Therefore, we also request an extension to master the file and submit our defence.”

Attorney Hasan Fehmi Demir stated that there were false allegations in the indictment and in the prosecutor’s opinion regarding the merits of the case. He said that there were official documents that verify the falsity of the allegations in question. Demir pointed out that the prosecutor used phrases such as “illegal institutions with a legal appearance”, a parlance which was unacceptable in a state of law. He said, “At this point we have to ask for the panel to act ethically.”

Attorney Hürrem Sönmez said, “We demand that the video footage taken to the Yerevan Film Festival in Armenia and produced by the client to allegedly overthrow the government be identified and the prosecution’s charges concretized.”

Allegations concerning “the attempt to overthrow the government”

16 rights defenders had been tried in the main Gezi Park Case and 35 football fans in Çarşı Case, both of which ended with the Court returning an acquittal. In both cases, however, the acquittal was overturned at the appeal court. This led to the merging of the files of the human rights defenders and football fans into one, and the whole trial process was recommenced.

In the 5th hearing of the case, which now began for the second time, the court ruled once again to separate the files of the football fans and rights defenders. The prosecution submitted to the court its opinion on the merits on March 4, 2022, two weeks after the hearing.