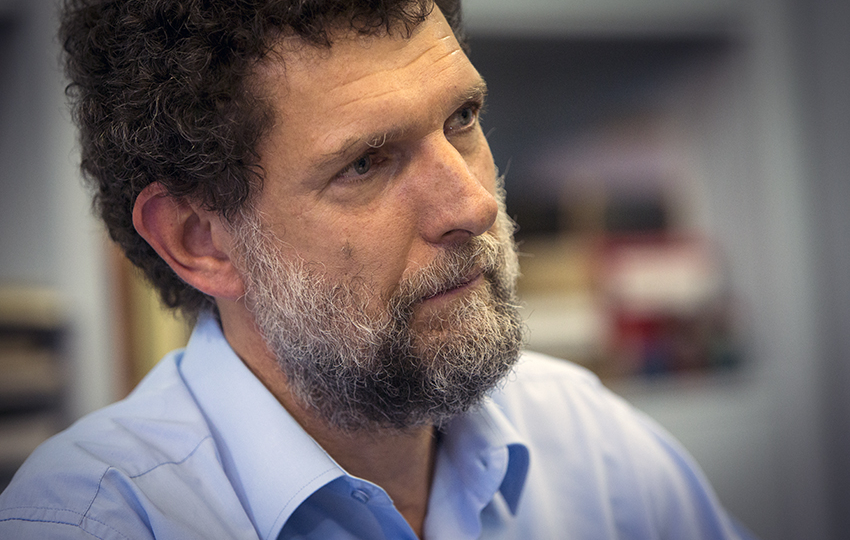 PEN International, PEN Norway, PEN Turkey and Kurdish PEN are deeply shocked at the decision of the judicial panel in the final hearing of the Gezi Park case in which defendants are accused of financing the spontaneous Gezi protests of 2013 and thereby attempting to bring down the state with violent means. The verdict of aggravated life in prison for human rights defender and civil society leader Osman Kavala is wholly unjust and is nowhere supported by evidence. Equally we denounce the sentences of 18 years in prison for defendants Mücella Yapıcı, Çiğdem Mater, Hakan Altınay, Mine Özerden, Can Atalay, Tayfun Kahraman, and Yiğit Ali Ekmekçi on the charge of assisting in an attempt to bring down the state.

This verdict marks a shocking milestone in Osman Kavala’s gross miscarriage of justice and a cruel day for his co-defendants. Such politically motivated decision is a crushing blow that puts Turkey’s judicial system to shame. The PEN community continues to stand with Kavala and his co-defendants and urges the Turkish authorities to end their ordeal at once. Kavala will never get the last four-and-a-half years of his life back. That he will now be joined behind bars by seven of his co-defendants on baseless charges is utterly devastating. They must all be freed immediately and unconditionally.

To acquit defendants in January 2020 due to insufficient evidence and yet to hold a retrial on the same charge with no new evidence and to find these civil society actors, film makers, architects and human rights defenders guilty is a flagrant abuse of domestic and international law.

PEN Norway studied the indictments in this case and conclusively determined the baseless nature of this politically motivated trial. PEN International President Burhan Sonmez, representatives from PEN Turkey and Kurdish PEN, and a delegation from PEN Norway notably observed the final hearing and witnessed first-hand the judicial theatre that took place.

The judges returned after an hour of deliberation to announce a verdict that deeply shocked us all. The courtroom erupted with chants of “Everywhere is Taksim, resistance everywhere.” The judge ordered the immediate arrest of defendants and it was disgraceful to see him laughing as defendants tried to say goodbye to their loved ones. This is a cruel and sadistic end to what was already a torturous judicial ordeal. We stand by all defendants and will continue to advocate for their release. Now is the time for human rights clauses to be included in trade agreements and harsh sanctions for constant and outrageous violations of human rights in Turkey.

We call for the immediate release and acquittal of all defendants and for the immediate return of the rule of law in Turkey. The Regional Court of Appeal has no other choice now, than to quash this clearly political decision that has no basis in domestic or international law.