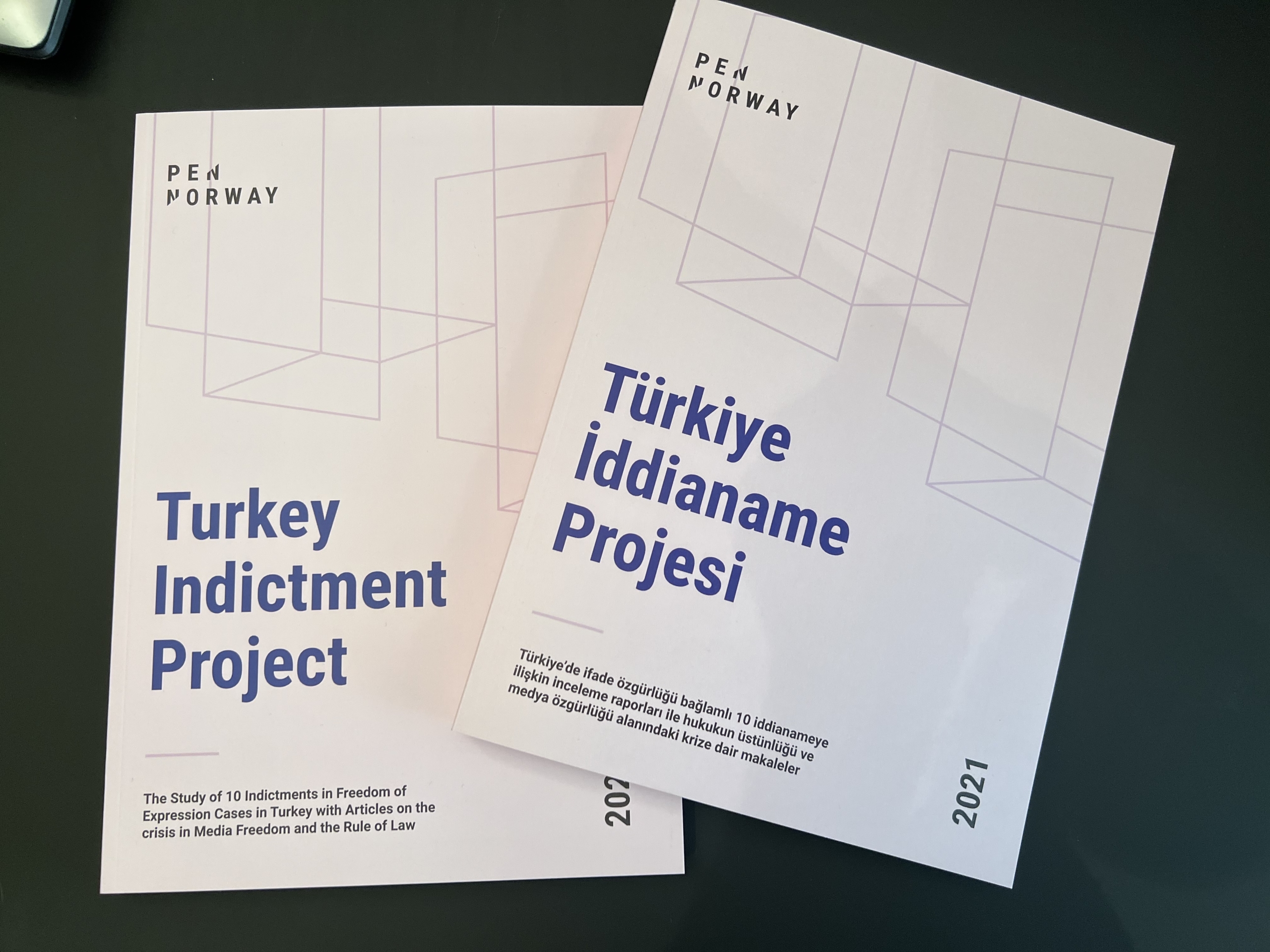 Indictments against civil society actors in Turkey are inadequate, according to new report from PEN Norway

PEN Norway’s Turkey Indictment Project has in collaboration with lawyers, attorneys and judges from Turkey, Austria, United Kingdom, Italy and Norway assessed ten indictments against journalists, reporters and other civil society actors in Turkey. The report shows that the indictments do not meet national or international legal standards.

– Although Turkey has clear provision in its Procedural Code for the writing of indictments, this has not been adhered to fully in any of the indictments we studied, says Caroline Stockford, PEN Norway’s Turkey Adviser.

The legal experts have compared the indictments to the requirements set out in Turkey’s Criminal Procedure Code, the European Convention on Human Rights and the UN Guidelines for Prosecutors. The indictments studied in 2021 include the indictments against the Adana Bar Association, journalists Can Dündar and Erdem Gül, lawyer Veysel Ok, journalist Seyhan Avşar Oğuz, among others.

– Not only are journalists and civil society actors targeted, but lawyers representing them are also under attack. This shows the severeness of the crackdown on freedom of expression in Turkey, and illustrates the importance of ensuring observation and monitoring of the legal process, says Stockford.

The situation for freedom of expression has deteriorated drastically in Turkey over the last few years, and dissenting voices have been subjected to prolonged judicial harassment or imprisonment. In addition to evaluating the indictments, the report also contains articles by leading journalists on social media laws, feminist news agencies and tools used to oppress free expression.

On Wednesday 23 March 2022, PEN Norway will launch the report at the House of Literature in Oslo, at 15:00 CET. Legal experts and civil society actors from Turkey and Europe will be discussing the judicial system in Turkey and the situation of freedom of expression.

Do you want to join the report launch? More information about the event here and register here

The project was sponsored by the Norwegian Ministry of Foreign Affairs and the Consulate of Sweden in Istanbul.

Osman Kavala’s detention prolonged – judgement to be delivered on April...

The Russian War on Media
Scroll to top