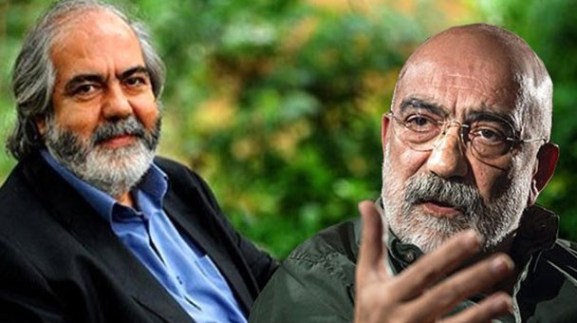 On 8 October, the retrial of journalists, writers and media workers Ahmet Altan, Mehmet Altan, Nazlı Ilıcak, Yakup Şimşek, Fevzi Yazıcı and Şükrü Tuğrul Özşengül on terrorism charges began at the High Penal Court No. 26 in Istanbul. The retrial on these charges was ordered by the Supreme Court of Appeals in July 2019. ARTICLE 19 and Reporters Without Borders (RSF) observed the opening hearing of the retrial. The court issued an interim decision ordering the continued detention of all defendants apart from Mehmet Altan, who had previously been released following decisions by the Constitutional Court and the European Court of Human Rights that his rights had been violated. The cases of Ahmet Altan and Nazlı Ilıcak have been prioritised by the European Court of Human Rights, but are still pending. The undersigned organisations call for all defendants to be released, for the trial to be halted and all charges dropped given the lack of credible evidence presented in the indictment or referred to in the Supreme Court of Appeals decision.

In July 2019, the Supreme Court of Appeals quashed the defendants’ convictions for ‘attempting to overthrow the constitutional order through violence and force’. The decision stated there could be no causal link established between the evidence presented and the crime, an argument also made by ARTICLE 19 in an expert opinion presented to the trial court. The Supreme Court of Appeals did not issue any new charges against Mehmet Altan but held that Ahmet Altan and Nazlı Ilıcak should be charged with ‘aiding a terrorist organisation’ and the other defendants, Yakup Şimşek, Fevzi Yazıcı, Şükrü Tuğrul Özşengül should be charged with ‘membership of a terrorist organisation’. The undersigned organisations believe that these new terrorism charges violate the defendants’ right to freedom of expression and that the evidence which has been relied upon to pursue them is as unrelated to terrorism as it was to the sedition charges. We are concerned that the retrial forms yet another phase of the systematic judicial harassment of journalists in Turkey.

Concerns of bias at the trial

Concerns about the appearance of bias were raised by defence lawyers during the hearing. The panel of judges was the same as those who had refused to implement the earlier judgment of the Constitutional Court: that Mehmet Altan’s rights had been violated due to his pre-trial detention. The defence lawyers for Mehmet Altan have also been filing motions with the Council of Judges and Prosecutors for the removal of the panel of judges on the grounds that they were not impartial during the previous trial. ARTICLE 19 and RSF monitored all hearings in that trial and believe the case to have been politically-motivated and that the defendants’ rights to a fair trial were violated before and during proceedings.

Inconsistent Judgments at the Constitutional Court

Impact of European Court of Human Rights’ ruling on the trial

The European Court of Human Rights issued a decision in Mehmet Altan’s case in March 2018. The Court found that the applicant’s rights to liberty and security and to freedom of expression had been violated. In so doing, it endorsed the decision of the Constitutional Court that Mehmet Altan’s pre-trial detention had been unjustified. This decision has had a clear impact on the outcome of the trial of Mehmet Altan: the Supreme Court of Appeals referred to the rulings of both the Constitutional Court and the European Court of Human Rights in support of its decision to quash Mehmet Altan’s conviction on charges of ‘attempting to overthrow the constitutional order through violence and force’. The European Court has yet to rule on the applications of Ahmet Altan and other journalists and members of civil society, such as Osman Kavala, who has been in pre-trial detention for over 700 days detained on politically motivated charges. We believe that a ruling from the European Court could have a decisive impact on the current criminal proceedings against them. Head of Europe and Central Asia at ARTICLE 19, Sarah Clarke said:

“We are increasingly seeing disturbingly inconsistent decisions issued by the Constitutional Court, raising the spectre of political interference. At the same time, the rights of Ahmet Altan and others continue to be flagrantly violated. We believe the role of the ECtHR in identifying rights violations in these cases is critical and we hope to see the court review these cases as a matter of urgency, especially in light of the dissenting opinions at the Constitutional level in the case of Ahmet Altan”

We, the undersigned organisations call on the Turkish authorities to release, halt the trial and drop these baseless charges against the defendants immediately.