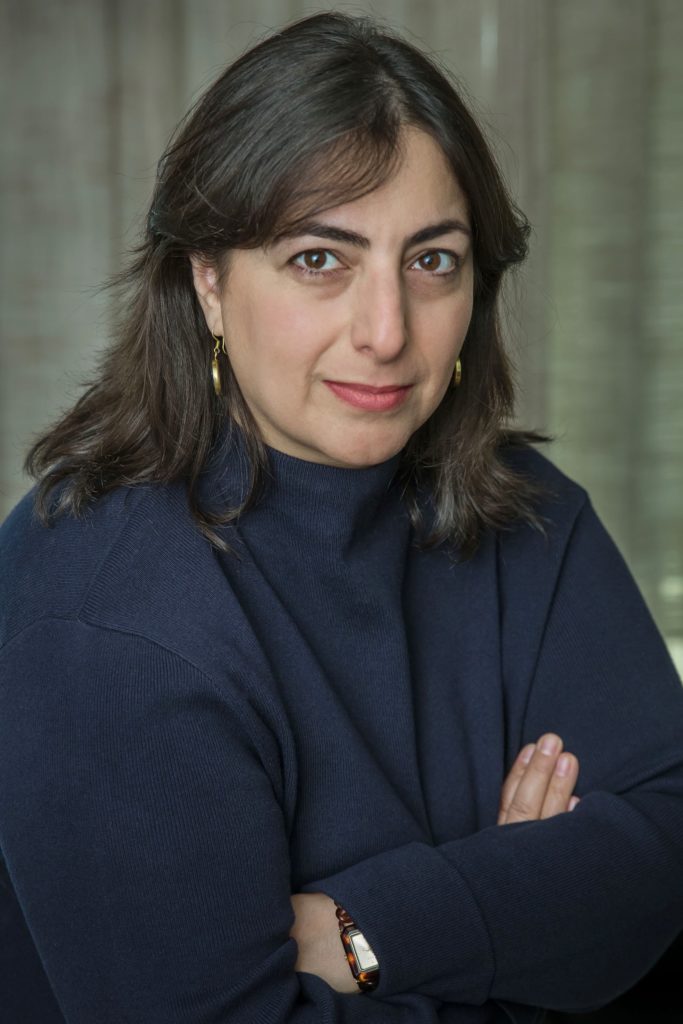 Asieh Amini, poet, journalist, and activist, was born in 1973 in Mazandaran Province in Northern Iran. While completing her studies in journalism at Allameh Tabataba’I University in Tehran, Amini worked for several newspapers such as Iran, Zan, and Etemaad (where she worked as social editor), and would later go on to manage the website “Women in Iran”.

From 2004, Amini fought indefatigably to garner international aid and attention for Iranian cases of stoning, juvenile execution, and various kinds of discrimination against women and girls. In October 2006, Amini co-founded the campaign “Stop Stoning Forever”, and became fully immersed in her work as an activist for women’s rights. Her seminal work in journalism has helped to expose Iran’s ongoing stonings, despite Ayatollah Shahroudi’s 2002 moratorium banning the practice.

Amini has emerged triumphantly from a world of arrests, threats, discrimination and censorship to be lauded for her achievements worldwide. In 2005, Amini’s first book of poetry was selected by UNESCO’s office in Tehran as the best poetry collection from young and emerging Iranian poets. Her other accolades include the Human Rights Watch Hellmann/Hammett award (2009), the Oxfam Novib/PEN award (2012), and the Ord i Grenseland Prize (2014).

After a brief imprisonment in 2007, Amini continued her work and activism under pressure. Following a controversial presidential election in 2009, she left her home and eventually came to reside as an ICORN guest writer in Trondheim (2010-2012). She published her first poetry collection in Norwegian in 2011, entitled Kom ikke til min drømmer med gavær (“Don’t come into my dreams with guns”, translated from Farsi into Norwegian by Nina Zandjani), which was followed by a second collection in 2013, Jeg savner å savne deg (“I miss missing you”).

Amini underlines that although her work fighting stoning and the death penalty is of grave importance, and the number of executions in Iran has even increased, these causes should not overshadow various other issues concerning human rights in Iran. Amini asserts, “I believe that the basis of transition and change should be arranged within a society, and in connection with a world community of civil societies. Unfortunately, in Iran, we have had problems with both”. Despite fierce and dedicated activism in the fields of women’s rights, workers’ movements, student movements, human rights groups, and media, Amini feels that the voices of these civil society activists are often silenced domestically, and “hardly heard in the international community because of political and economic interests”.

When asked to highlight a single issue for the international rights community, Amini replied unequivocally: “the freedom of expression of independent civil society. After the Islamic revolution in 1979, and especially after the political conflicts in the 1980’s, during which thousands of people were imprisoned or executed,[Iranians] have never really experienced freedom of speech”.

Amini compares the initial shock and impact of moving to Norway to a business man suddenly losing all of his wealth; “as a poet and journalist, [your] language and audience are your wealth. You can’t bring them to your new home when you move”. Amini recalls her tears upon hearing her daughter speak in her sleep, in a language her mother could not understand. The challenge of a new life caught Amini on the precipice of an abyss, in danger of falling into a deep depression. Rather than tumble over the edge, Amini gritted her teeth, learned Norwegian, and moved forward fearlessly. She credits her continued success in Norway primarily to her family, and to her ICORN coordinator. The latter’s efforts and familiarity with the challenges that face new guest writers helped to ease Amini’s transition into her new community, and aided in creating a growing network that would allow her to continue her work as a writer.

Amini is currently working on a new documentary book, as well as a new book of poetry, while simultaneously completing a Master’s at NTNU in Equality and Diversity. She continues her fight for freedom of speech in cooperation with Norwegian PEN, for which she currently serves on the Board of Directors, as well as maintaining her contacts in the Iranian community of human and women’s rights.