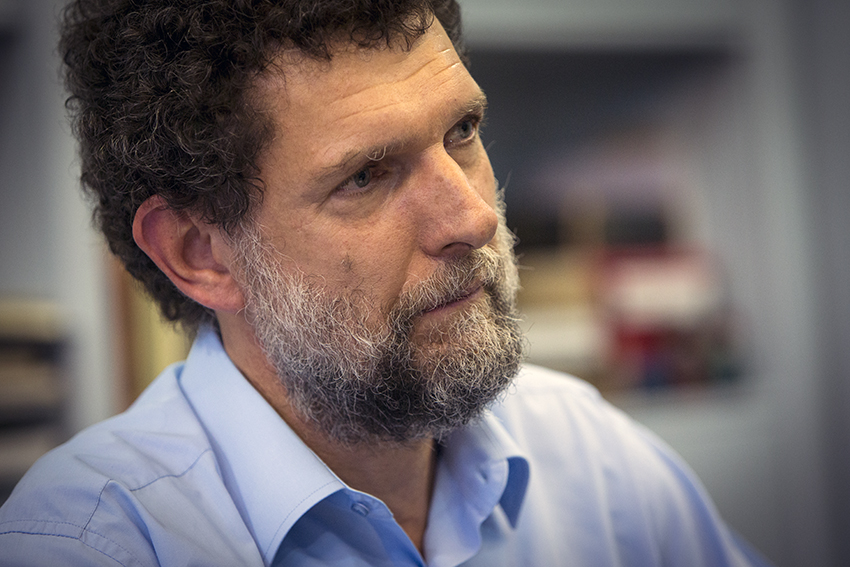 On 17 January the decision was given for the continuing detention of businessperson and rights defender Osman Kavala, who has been detained now for four years.

The merged trial of Kavala and 16 fellow Gezi Park defendants and the 35 members of the Beşiktaş football supporters’ group known as ‘Çarşı’ took place at Istanbul’s 13th High Criminal Court.

“Is there any new evidence?”

The hearing began with the defendants giving their defence statements. The defendants proceeded by relating their surprise that the Gezi Park protests, which form the basis of their case, had not been discussed at length. They went on to tell the court how and why the protests began and the attacks they had suffered at the hands of the police.

Defendant and lawyer Can Atalay reminded the court of the decisions of the European Court of Human Rights and of the Committee of Ministers, declaring, ‘The failure to enforce both the European Court’s and Committee of Ministers’ decisions in relation to Kavala is not some ‘standing up to Imperialism’ but rather a straightforward suspension of our constitutional order.’ Defendant Mücella Yapıcı criticised the overturning of her own acquittals in the case and the resurrection of the case against her, asking the judicial panel, ‘Is there any new evidence, then?’

Lawyers for the defence recounted the aspects of the case that have been at odds with the law and pointed out the contradiction of the allegations themselves. They reminded the judicial panel that the defendants in the Gezi case had already been acquitted on the same charges. Furthermore, they stated that a full assessment of the evidence had not yet been carried out in the case and requested that said assessment take place.

Osman Kavala, who has been imprisoned for four years, did not attend the hearing. Following statements concerning him by President Erdoğan made in October 2021, Kavala declared in a written statement that, ‘no chance of a fair trial now remains’, and announced that he would take no further part in the hearings.

Kavala’s lawyer, Ilkan Koyuncu, outlined that the court had taken no action in relation to the allegations of spying made against his client, and went on to say that the case and allegations were all of a political nature. He repeated the request for Kavala’s release. Lawyer Fikret Ilkiz drew attention to the indictment, bemoaning as ‘upsetting’ that a Prosecutor for the Republic could prepare an indictment with zero regard for procedural regulations. He and other defence lawyers repeated the call for Kavala’s release.

Lawyers for the Çarşı football group defendants requested that their files be separated from those of the Gezi Park defendants.

Both the Gezi Park trial of 16 defendants and the Çarşı case involving 35 defendants originally resulted in acquittals. These acquittals were overturned by the Regional Appeals Court. These unrelated cases were then merged at the retrial stage.

The European Court of Human Rights (ECtHR) ruled Kavala’s detention to be a rights violation back in December 2019. The Committee of Ministers of the Council of Europe demanded Kavala’s release on the 30th of November 2021, outlining that infringement procedures against Turkey would be initiated, for non-compliance with the European Convention, should Kavala not be released. Kavala remains in detention and the deadline for Turkey’s final response to the Committee’s decision is now 19 January, 2022.