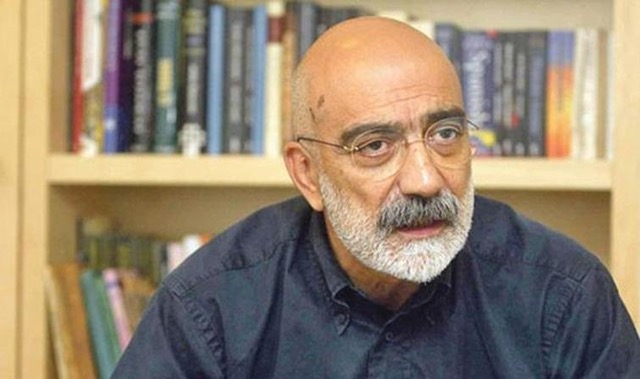 Altan was initially arrested on 10 September 2016 and his pretrial detention, which is the subject of the ECtHR application, began on 23 September, 2016.  He was charged with membership of terrorist organisations and with having given ‘subliminal messages’ to the public whilst on a television programme in Turkey, the night before the attempted-coup of 15 July, 2016.

On 13 April, 2021, the European Court of Human Rights released its judgement regarding the application of Turkish journalist and author Ahmet Altan. The decision came 4 years after the application was lodged by Altan’s legal team in 2017 and rules that there were violations to Altan’s rights to liberty, security and freedom of expression under the European Convention. However, the court did not rule that the case against Altan and the silencing of his dissenting voice was politically motivated.

Unfortunately, the question remains – why did Ahmet Altan’s case take so long to be decided at the Court? Especially, since the Court announced its judgment about Mehmet Altan in March 2018, the public deserves to know the reason behind the delay in this case.

European Court Judge Kūris also questioned in his disserting opinion why both Altan brothers’ cases were not decided together, summarising our concerns in his comment:

Whilst we welcome the fact that the European Court of Human Rights today found violations to the author and journalist Ahmet Altan’s rights to liberty, security and freedom of expression, we are disappointed that the court finds no political motivation on the governement’s behalf behind his imprisonment. We are still wondering why this decision took 4 years to be made by the European Court.

Altan’s lawyer, Veysel Ok, welcomed the findings of violations to his client’s rights under Articles 5 and 10 of the Convention but declared that a ruling to find a violation of Article 18 was missing. PEN Norway spoke to Veysel Ok, who had the following to say:

The applicant is a journalist who was released twice and arrested three times, a unique example. Every time he was released, he became a mass media target. Political figures also made public comments against him and about the judicial process. The Court knows all these facts and yet did not observe the violation of Article 18. I am disappointed. Everyone in Turkey knows that this prosecution against Altan is based on a political motivation.

The other issue is the length of time the Court`s evaluation took to be reached. I made the application by going there in person, not by post! And waited for 4 years! The Court should have explained the reason for this delay. However, it somehow preferred to leave it to our imagination.

Veysel Ok underlines that the Supreme Court of Turkey should rule for Altan’s immediate release, stating:

If they do not, we will have the third significant example after Demirtaş and Kavala’s cases and we will then have to wait for the reaction of the Council of Europe.

The court found no reasonable suspicion that Ahmet Altan had committed any of the alleged criminal offences. However, they found the fact that Altan’s case took 15 months 8 days to reach a conclusion in Turkey, a ‘reasonable delay’, given that the courts in Turkey were overly busy at the time.

The court also found that evidence in the case was not made known to Altan until after the indictment was served. They ruled that this placed him in a weaker position to defend himself. PEN Norway finds this finding particularly significant, not only for Ahmet Altan`s case, but also for the other journalists who are behind the bar without having the chance to be aware of the accusations against them.

PEN Norway will continue to follow the case at the Supreme Court and hope that justice will finally be served to Altan with his release from a long jail term which, today, has conclusively been upheld to be a violation of his human rights.