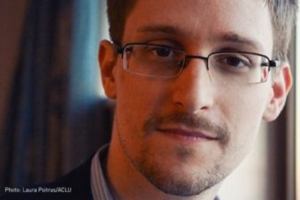 Norwegian PEN has awarded Edward Snowden the Ossietzky Prize for 2016, for his contribution to defend freedom of expression. He has been invited to receive the award in Oslo on Friday 18 November, and we will do our utmost to ensure that Snowden may receive the prize in person.

On behalf of Snowden and Norwegian PEN, Advokatfirmaet Schjødt has filed a petition to Oslo City Court in order to allow Snowden to travel to Norway without fear of extradition to the US, where he faces decades of imprisonment under the “Espionage Act.”

A prosecution against Snowden under the US Espionage Act constitutes a political offense within the meaning of Norwegian and international law.  Accordingly, the lawsuit asserts that extradition of Edward Snowden would be contrary to law, and that the court should so declare. The Espionage Act prohibits Edward Snowden, or any whistle-blower in his position, from raising any defence that he acted in the public interest, that the disclosures benefited society, or that the disclosed information had been improperly withheld by the government. Therefore, Snowden’s conviction under the Espionage Act would be a foregone conclusion, and he would face decades in prison in isolating conditions.

The grounds for awarding the prize:
Edward Snowden has revealed the questionable, extensive global surveillance and espionage conducted by states on their citizens and on single countries. Snowden’s disclosure of NSA’s surveillance of millions of phone calls resulted in a ruling in the US court of appeals, that the NSA’s storage of telephone metadata is indeed illegal, because it was not approved by Congress. Nonetheless, Snowden has not met any understanding from the US authorities. They uphold the indictment for espionage and theft of government property, and demand he be extradited to the US.

With this year’s Ossietzky Prize Norwegian PEN wants to highlight that surveillance may only be carried out within the framework of internationally accepted legal standards for the protection of individual civil liberties. By awarding the prize to Edward Snowden, Norwegian PEN wish to pay respect to the unique role he has undertaken as a whistle blower. The award will expose the need for an international debate on surveillance regarding the boundaries set by international and national law. The prize is also a recognition of the whistleblower’s personal courage during the revelations of governmental/public and  secret encroachment  on the personal integrity of individuals.