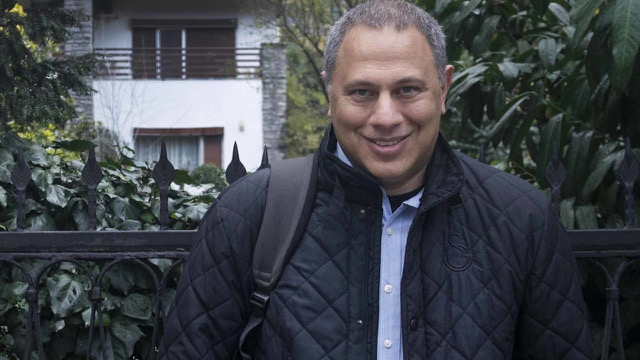 PEN Norway, together with 20 NGOs and journalists’ organisations, call for the dropping of a lawsuit launched against the academic Prof Yaman Akdeniz by Serhat Albayrak, seeking 100,000 Turkish lira (€9,600) in damages for his tweets about the censorship of reports into the criminal investigations and civil lawsuits against journalists who reported on the Paradise Papers.

Serhat Albayrak is the owner of pro-government Turkuvaz Media Group and the brother of Berat Albayrak, former finance minister and President Erdoğan’s son-in-law. The Albayrak brothers and Çalık Holding previously sued journalist Pelin Unker over her article series about offshore accounts owned by Albayrak brothers from the time when they were executives of Çalık Holding. The slander case where Çalık Holding demanded reparations from the journalist Pelin Unker was dismissed by the court in December 2020. In March 2021, the Turkish Freedom of Expression Association (IFÖD) reported that the news articles on the court decision were banned by a court order. Yaman Akdeniz, who is the co-founder of the IFÖD, wrote about the banning order in a Twitter post. In April 2021, another access ban was ordered by the court at the request of Serhat Albayrak on Yaman Akdeniz’s tweet about the censorship of the reports.

On 5 May 2021, Albayrak filed a suit against Akdeniz for the violation of his personal rights under Article 24 of the Civil Code and Article 58 of the Code of Obligations, seeking moral damages of 100,000 Turkish lira (€9,600) from Akdeniz for his tweets.

We consider this case to be a Strategic Lawsuit against Public Participation (SLAPP), an abusive legal action aimed not to be won but to intimidate and to silence voices which are critical and hold power to account. We condemn the compensation lawsuit launched against Prof Akdeniz and call for dismissal of this SLAPP action. We call for an end to the use of SLAPPs to harass and intimidate journalists, academics and human rights defenders by the politicians and powerful individuals with close ties with the Turkish government.

The censorship of reporting related to the Paradise Papers is part of a wider context where the right to freedom of expression and access to information has been systematically undermined by the Turkish government. Overbroad counter-terrorism laws are routinely misused by the Turkish authorities to harass journalists, human rights defenders, politicians, academics, lawyers even doctors. Similarly, SLAPPs are also used as a form of legal harassment by powerful individuals and organisations to avoid public scrutiny, to intimidate and chill critical voices. Many of these lawsuits are initiated by politicians and business people close to the government in Turkey.

About the Paradise Papers

The Paradise Papers are a set of 13.4 million confidential electronic documents relating to offshore documents, The documents were leaked to reporters at the German newspaper Süddeutsche Zeitung, who shared them with the International Consortium of Investigative Journalists. More than 90 outlets published stories based on the leaks. Turkey is the only country where journalists were investigated for reporting on the leaks.