In 2020, PEN Norway’s team of lawyers and judges from Norway, Austria, Turkey and the United Kingdom studied 12 indictments in journalist and civil society cases in Turkey. Many of the indictments were found not to meet either domestic or international basic standards, such as that of the Cumhuriyet defendants, Deniz Yücel, Berzan Güneş, Pelin Ünker and Nedim Türfent. 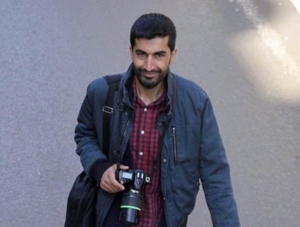 Journalist Nedim Türfent, whose indictment was studied by PEN Norway in 2020.

– The criminalisation of the right of the press, of journalists and editors, to disseminate objective news to the public in Turkey continues in 2021. The courts are still full of cases that should never have been brought, such as that of the Özgür Gündem raid, which involves 19 staff and journalists, and the continuing cases against human rights lawyer Eren Keskin and RSF’s Erol Önderoğlu, said PEN Norway’s Turkey Adviser, Caroline Stockford.

In 2021, PEN Norway’s Turkey Indictment Project team features lawyers and judges from Norway, Italy, the UK, Austria, the Netherlands and Turkey. This year, the project will also feature a series of articles focusing on women in journalism and freedom of expression.

The Indictment Project team are reporting on 10 indictments, which include the cases of journalists Can Dündar, Hikmet Tunç and Seyhan Avşar, the journalists of the now-closed Kurdish paper Özgür Gündem. It also focuses on academic Bülent Şık who was yesterday acquitted of the case against him, human rights lawyer Veysel Ok, and film makers Çayan Demirel and Mavioğlu, among others.

– Some of these cases are taking years to pass through the courts, says Stockford, who leads the project. – Some have been resurrected by a successful appeal by prosecutors of an acquittal decision. It is high time for the Turkish press to go back to doing its vital and constitutionally-sanctioned job of providing the people with balanced reporting from a wide range of sources.

All twelve indictments will feature in the forthcoming project report of 2020 and can be accessed here.

On World Press Freedom Day, PEN Norway expresses solidarity with all our journalist colleagues in Turkey who provide quality journalism under difficult circumstances.