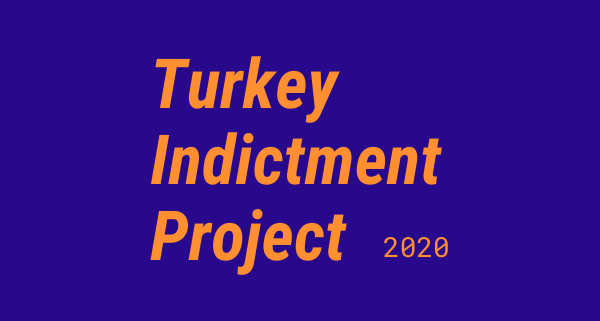 PEN Norway launch their final report in the Turkey Indictment Project 2020. With an international team of lawyers and judges, PEN Norway has studied 12 indictments in the cases of journalists and civil society figures who had been tried in Turkey in the past five years.

– There is a need to standardise and raise the quality of indictments in Turkey, as well as to provide training for prosecutors. Turkeys’ legal framework is solid, but there are huge discrepancies in the practical implementation of these laws, resulting in a violation of many journalists’ right to a fair trial, says Caroline Stockford, PEN Norway’s Turkey Advisor.

The final report presents 12 reports, including the Cumhuriyet journalists, the Gezi Park defendants, Osman Kavala and Jak Barkey, journalists Nedim Türfent, Pelin Ünker and Berzan Güneş and others. In addition, the report contains articles on the history of Turkey’s judiciary and council of judges and prosecutors, and map out the appeals system in Turkey.

– PEN Norway’s goal was to present an in-depth, yet holistic, legal study of the indictments and legal procedures in Turkey. We hope that this report can be used by judges, lawyers, NGOs, and not least, by governmental bodies and the judicial system in Turkey, as a guide towards fair trials, Stockford continues.

The project in 2020 was sponsored by the NMFA, Consulate of Sweden in Istanbul and the Heinrich Böll Foundation. The project continues in 2021 and will be publishing our indictment reports weekly from September.