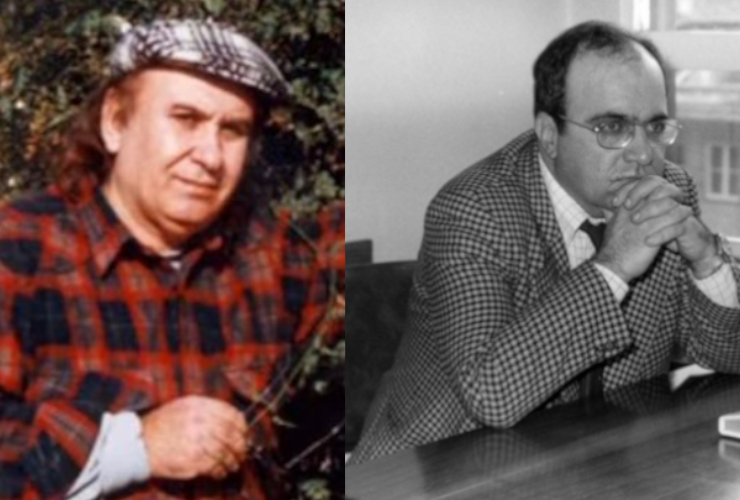 Allegations have recently been made by a mob leader in connection with the murders of investigative journalists Uğur Mumcu and Kutlu Adalı, killed in Turkey and Northern Cyprus in 1993 and 1996, respectively.

On June 16, PEN Norway and 18 international rights groups on freedom of the press and expression sent open letters to the Turkish Justice Minister Abdulhamit Gül and political parties to urge Turkish authorities to take all necessary steps to initiate an investigation into new allegations regarding the unsolved murders of the two prominent investigative journalists Uğur Mumcu and Kutlu Adalı, killed in Turkey and Northern Cyprus in 1993 and 1996, respectively.

Rights groups underlined the lack of thorough investigation into the recent allegations about the two journalists’ killings, made by the convicted mob leader Sedat Peker. Letters also stressed the attacks on Hürriyet newspaper in 2015, confessed to have been organized by Peker as part of an effort to intimidate Hürriyet’s former owner Aydın Doğan. Groups called on the Justice Ministry to pursue those responsible for the murders of Uğur Mumcu and Kutlu Adalı and the attack on Hürriyet newspaper.

In letters to political leaders of the Republican People’s Party (CHP), the Peoples’ Democratic Party (HDP), the Good Party (İYİ Parti), and the Nationalist Movement Party (MHP), international groups have called for inter-party collaboration to end impunity in the cases of Mumcu and Adalı.

See the full letters below.

Read the letters to political parties:

His Excellency Abdulhamit Gül
Minister of Justice
Republic of Turkey

On behalf of the International Press Institute (IPI), a global network of editors, media executives and journalists, and the undersigned organizations, we are writing to urge you to take all necessary steps to initiate an investigation into new allegations regarding the unsolved murders of the two prominent investigative journalists Uğur Mumcu and Kutlu Adalı, killed in Turkey and Northern Cyprus in 1993 and 1996, respectively.

We have been closely following the allegations on the involvement of members of the former Turkish government and military officials in the murders of the two journalists, recently made by the convicted mob leader Sedat Peker. On May 23, Peker claimed that former Interior Minister Mehmet Ağar was involved in the 1993 killing of Uğur Mumcu. However, the government has yet to issue an official statement on these charges, and neither has it opened a new investigation into Mumcu’s murder.

Peker also accused Ağar of organizing Adalı’s killing in 1996. Adalı, who was working for the Yeni Düzen newspaper in Northern Cyprus, and had written about the alleged involvement of the Directorate of Civil Defense Organization in Northern Cyprus in the smuggling of historical artifacts. Following Sedat Peker’s recent accusations, his brother, Atilla Peker, admitted that he had been assigned to assassinate Adalı and even travelled to Northern Cyprus with another active military official at the time, Korkut Eken. According to Atilla Peker’s testimony, the duo eventually had to abandon the mission, and the killing was carried out by someone else.

In 2005, the European Court of Human Rights found that Turkey had violated Article 2 of the European Convention on Human Rights on the right to life for its “failure to carry out an adequate and effective investigation into the circumstances surrounding the killing” of Adalı. Despite this ruling, both this case and Mumcu’s murder remain unsolved.

In a video on May 20, Sedat Peker also admitted to organizing a mob attack on the Hürriyet newspaper in September 2015 at the request of an unnamed AKP Member of Parliament. Peker suggested the attack was part of an effort to intimidate Hürriyet’s former owner, Aydın Doğan, into selling the newspaper. Doğan Media was eventually sold to the pro-government Demirören Media Group in 2018 for a reported 750,000,000 USD, which Sedat Peker also claimed was significantly below market value.

Sedat Peker also admitted to threatening a local journalist, Cihan Çakır, in Ünye in the northern province of Ordu, to remove news reports on alleged corruption regarding the AKP candidate for mayor prior to March 31 local elections in 2019.

In light of these serious claims regarding attacks on journalists’ safety and rights, we, the undersigned organizations, ask you to call on the Ministry of Justice to undertake thorough investigations into these allegations as part of necessary and long overdue efforts to bring justice to the families of Uğur Mumcu and Kutlu Adalı.

The recent reopening of the investigation of Adali’s murder is a welcome development. A similar action should be taken with respect to Uğur Mumcu’s murder. We also note that a parliamentary request to establish an investigative committee on Peker’s allegations had been rejected by AKP and MHP members.

We call on the Justice Ministry to pursue those responsible for the murders of Uğur Mumcu and Kutlu Adalı and the attack on Hürriyet newspaper. As part of this enquiry, the allegations raised by Sedat Peker on the involvement of specific Turkish officials, including Mehmet Ağar, must be fully investigated.

The serious claims regarding these murders must not be left unanswered. The Turkish state has an obligation to end impunity in these cases and investigate all possible leads. All those involved in the murders of Uğur Mumcu and Kutlu Adalı must be held to account.